AG4 at the Europe Day in Bolzano 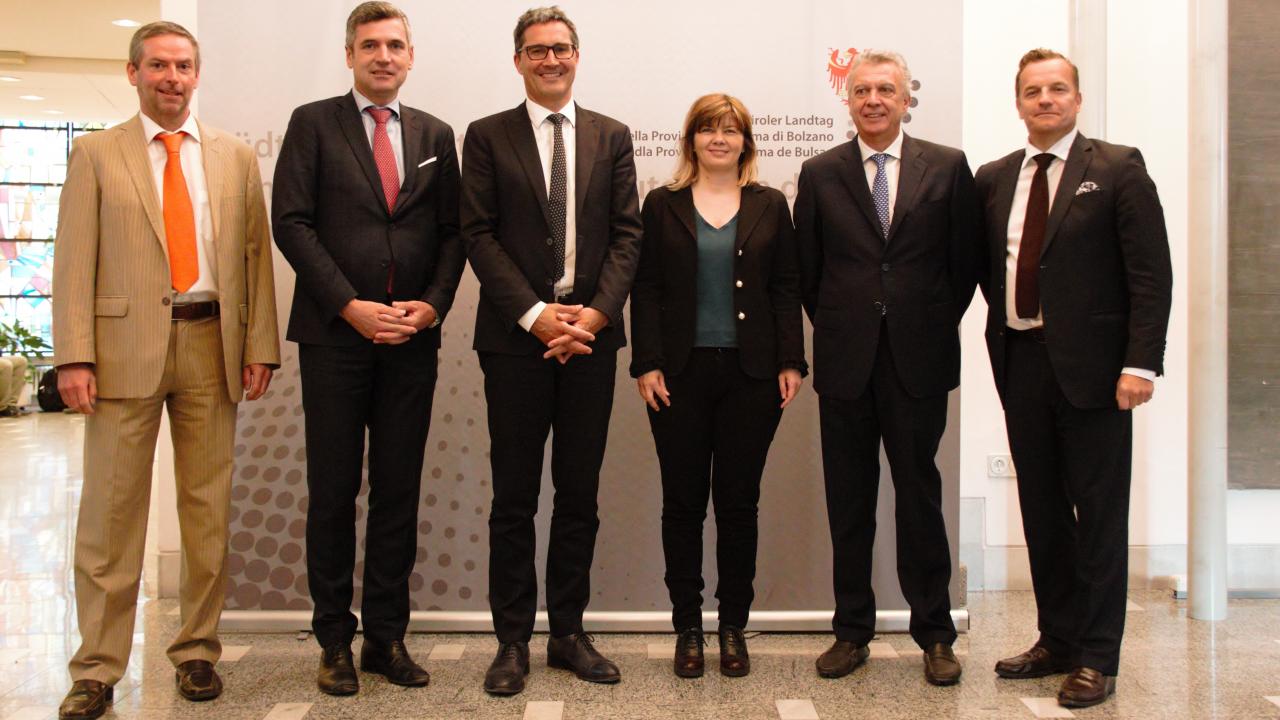 The constant rising amount of road traffic crossing the Alps represents a significant challenge for the Alpine Region. This became also clear as the Regional Council of the Autonomous Province of South Tyrol initiated a parliament debate on transport and transit traffic in the Alpine Region on the occasion of the Europe Day on 9 May 2018. Three members of the European Parliament, Herbert Dorfmann (EPP), Georg Mayer (ENF) and Isabella de Monte (S&D) as well as the AG4 Leader and traffic expert Ewald Moser were invited to contribute with their expertise to the parliamentary debate.Traffic data show a substantial increase of road transit traffic crossing the Brenner of more than 34% in the period from 2010 to 2017, calling for modal shift policies towards rail to reduce the social and environmental impact on the surrounding regions. The debate on modal shift needs to take in consideration not only environmental but also social and economic impacts. Rising movements of goods indicate economic growth and contribute to the prosperity of the Alpine Regions, but on the other hand are having a severe impact on the sensitive environment of the Alps. The following debate affirmed the complexity of the topic, which lies mainly in the difficulty to find the right balance between sustainable social, economic and ecological development of the Alpine Region, part of the role of the AG4.

The President of the Autonomous Province of South Tyrol Arno Kompatscher emphasized that transport and transit traffic is an important topic that requires a common approach by municipalities, regions and national states together with the EU. MEP Herbert Dorfmann referred to the increase in road traffic through the Alps over the past years and called for a comprehensive debate on modal shift. MEP Georg Mayer underlined the need to implement measures to reduce the traffic burden for the surrounding regions before the opening of the Brenner Base Tunnel (BBT) in 2027. Furthermore, investments in the development of rail traffic can be seen as an investment in the European economy. Also AG4 Leader Ewald Moser refers to the BBT as an opportunity to tackle the rising traffic volume on the Brenner Corridor and underlines the importance of access routes and terminals as well as accompanying measures and strong cooperation to guarantee the positive impact of this infrastructure project to modal shift. Finally, MEP Isabella de Monte referred to the Mobility Package "Europe on the Move" which includes among others, to tackle unfair competition, to improve environmental sustainability and to promote social equality.

The implementation of modal shift policies is as well a priority topic on the AG4 agenda. The contribution of the AG4 Leader to the parliamentary debate is an example of exchange between the political level and the Action Groups as implementation level in the frame of the governance mechanisms of macro regional strategies. 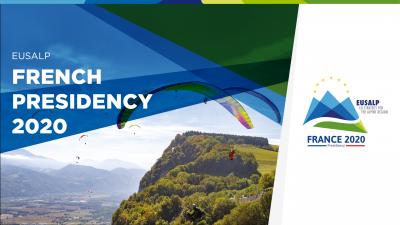 French Presidency kick off meeting in Lyon: Together for a greener Alpine region

19th Dec 2019
Action Group 4
A new, consumer friedly interface, integrating the already existing iMONITRAF! WebGIS with further layers on AG4 activities, has been developed. It has become an interactive communication tool to inform about the activities and projects of the AG4. 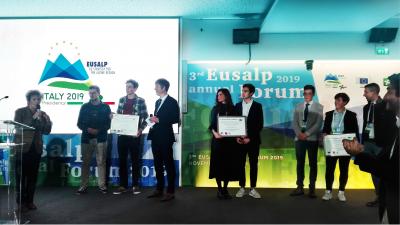 PITCH YOUR PROJECT 2019: THESE ARE THE WINNERS!

11th Dec 2019
At the Annual Forum in Milan the five young finalists of PITCH YOUR PROJECT 2019 presented their ideas live on stage. The audience chose the three winners:
END_OF_DOCUMENT_TOKEN_TO_BE_REPLACED